Our church people have transitioned from a Wendish community to a German one and then to English.

Saint Michael’s Evangelical Lutheran Church (Missouri Synod) was formally organized under that name in 1887; the congregation actually had its beginnings ten years earlier, in late 1876 or early 1877 and existed for nearly a year at that time.  The Lutherans who had been moving into the Winchester area were Germans and Wendish-Germans that had come with or followed after Pastor Johann Kilian’s group, which founded Serbin in 1855.  As the distance from Serbin increased, the new communities founded their own congregations.

Very little is known about the short-lived beginnings in 1876-77.  In late 1876, Rev. Simon Suess (pronounced approx. ‘zeess’), a 55-year-old German-born pastor, who had spent 17 years as a missionary in Africa and thereafter five years in congregations in Illinois, came to Texas and settled in Winchester, hoping to gather a Missouri Synod congregation together.  On Feb. 25, 1877, Rev. Suess was officially installed, at the bequest of the President of the District, by Pastors Stiemke and Profit ‘in his new office’ in Winchester (as recorded in the Lutheraner; the vague wording does not make it clear whether there  actually was a congregation in Winchester or if Suess was installed to try to form one).  In any case, already in August of the same year, Pastor Suess left to accept a call to Salem Lutheran Church in Freyburg, where he then served with distinction for many years.  The Winchester congregation—whatever there was of it—evidently disbanded when Suess left, and there are no known congregational records from its brief existence; however, there are some individual certificates, such as baptismal certificates, signed by Suess, proving that he did indeed perform pastoral functions in Winchester.  There is one credible report that Pastor Suess taught the parochial school in his home in Winchester, but that there were only a few pupils.  After Suess left, the Winchester Lutherans returned to the churches in Serbin and Warda with which they had previously been affiliated.   Evidently the Warda pastors (Holy Cross congregation), T. Stiemke and G. Buchschacher, (pron. approx.  ‘boohk-shahker’) held services in the Winchester area from time to time during the next years.

Ten years later, in 1887, the numbers had strengthened and the Winchester Lutherans succeeded in establishing a permanent church.  On Saint Michael’s Day, Sept. 29, 1887, under the leadership of Pastor Buchschacher, twenty men, mostly heads of families, held the organizational meeting in Winchester, naming their new congregation after the festive day.  The minutes of this meeting and all the following ones are preserved.  Some of the earliest families were:  Benedix Domschula, Driesner, Droigk, Goebel, Handrick, Hannusch, Hentschel, Jahne, Kaiser, Kieschnik, Lehmann, Lorenz (Lorentschk), Lowke, Mutscher, Noack, Pampell, Peter, Pietsch, Poppelz, Reinhardt, Schmidt, Schramm, Zoch, and Zwar (Zwahr).  Many other families soon joined the new congregation.

Apparently there were 23 charter members and the first new members accepted were O. Nulisch and A. Noack, March 17, 1889.

After its organization in 1887, the congregation was at first considered to be a branch of Holy Cross Lutheran Church in Warda (‘Filialgemeinde’, Lutheraner 1888, p.7, the report of the church dedication); Rev. Buchschacher served as pastor, and there was no parochial school.  Immediately after the organization, the congregation purchased a lot with a 20 x 50 foot wooden building on it (reputed to have been a saloon) in Winchester for $300; the location was a few blocks south of the present church, nearer to the railroad tracks.  After makeshift remodeling, the building was dedicated as the first church on the Sunday before Christmas, 1887.  Pastor Suess returned to give one of the German dedicatory sermons; others were held by Pastors Hermann Kilian of Serbin and Gotthlilf Birkmann of Fedor, and an English sermon was given by the young Pastor Theodor Wolfram of Lincoln.  Since Pastor Buchschacher had to preach in Warda every Sunday morning, he probably came to Winchester twice a month in the afternoon to hold services, as we know was the case during a later vacancy.  The first church building was used as church and school for 19 years, until the present church was built in 1906. 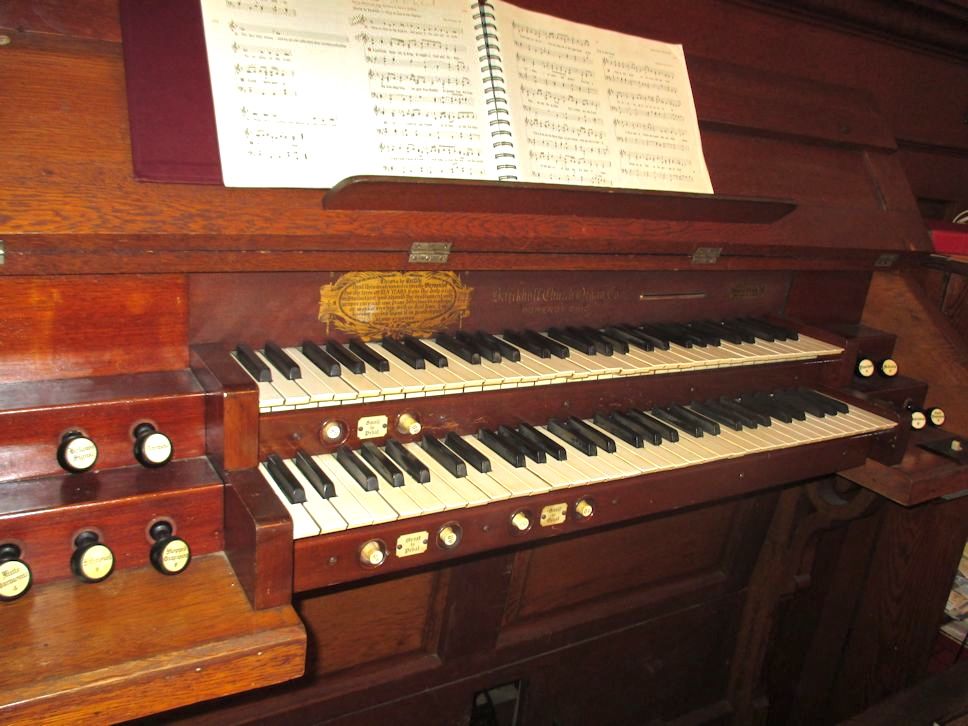 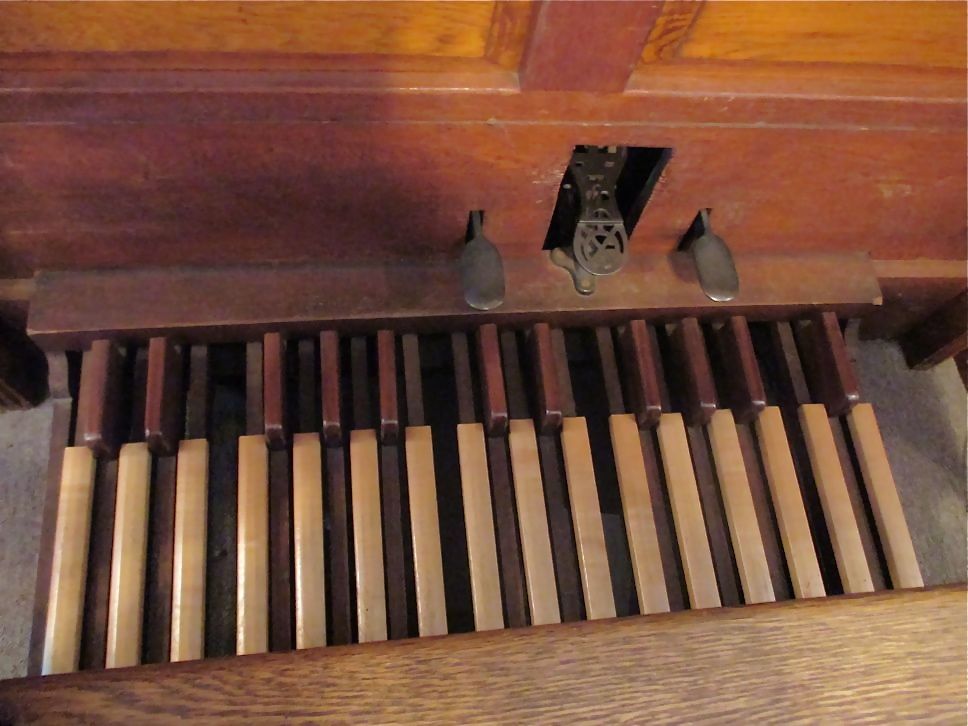 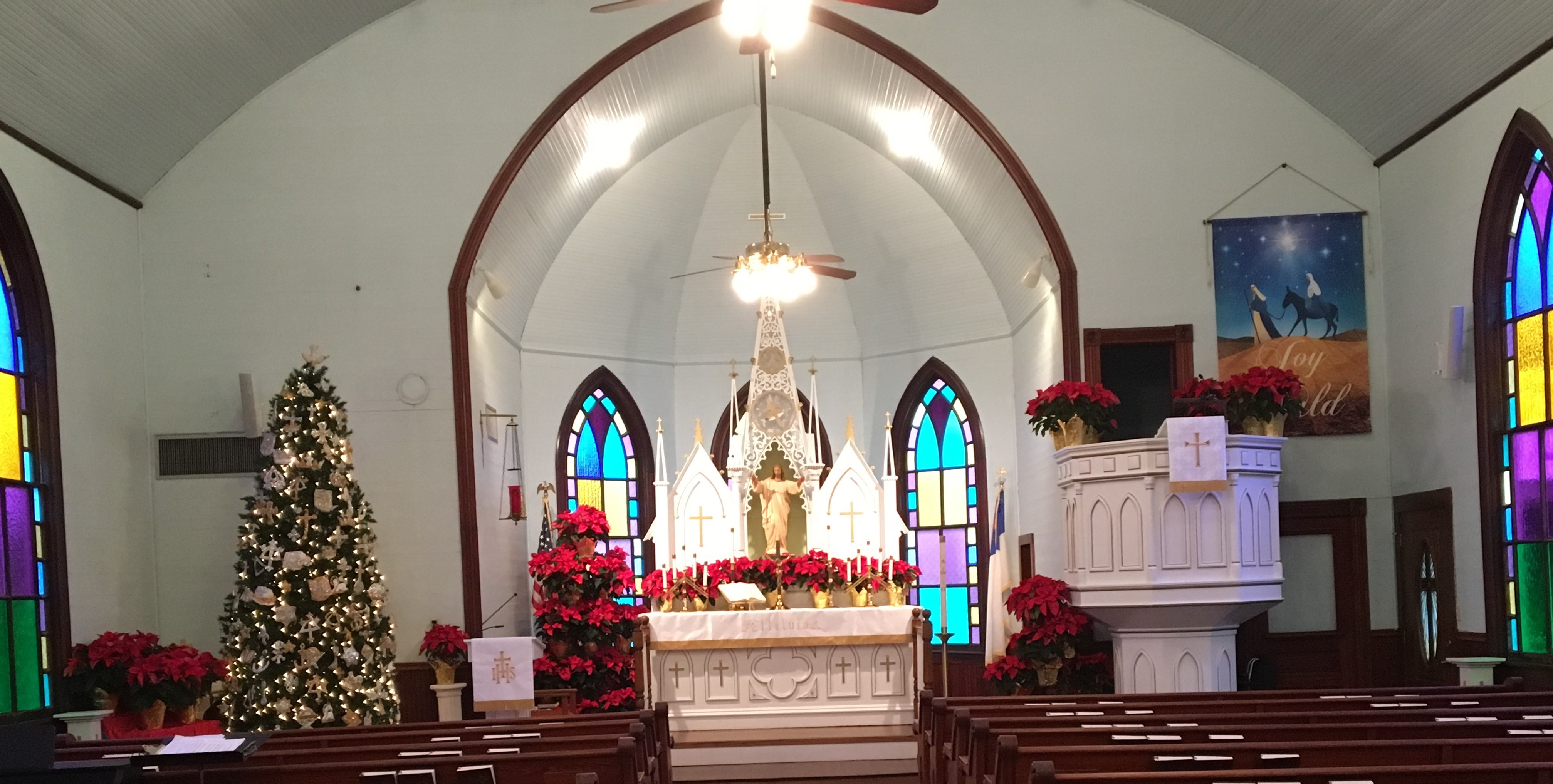 Saint Michael's Sanctuary during the season of Christmas.

Saint Michael's Sanctuary during the season of Easter.

Historal Books from over the years

We do have an electronic version of all the historal events that have happened in the church.  If you are looking for any information about past events please feel free contact the Church office.

History of the Organ

The organ is a 2 manual Carl Barckhoff organ of about 8 ranks which Saint Michael's Lutheran Church in Winchester, Texas purchased used back in 1935 from a congregation in Kewanee, Illinois for $175 (they were going to pay $200 but the congregation in Kewanee allowed $25 less because of the recent flood in Winchester). The additional expense for freight, etc, amounted to $463, so the total cost was $638. The balcony in the church was rebuilt to make room for this organ. 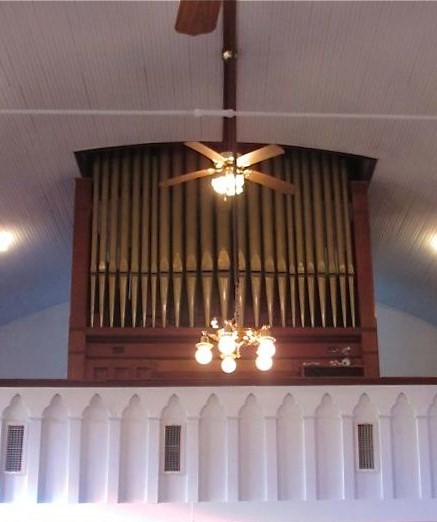 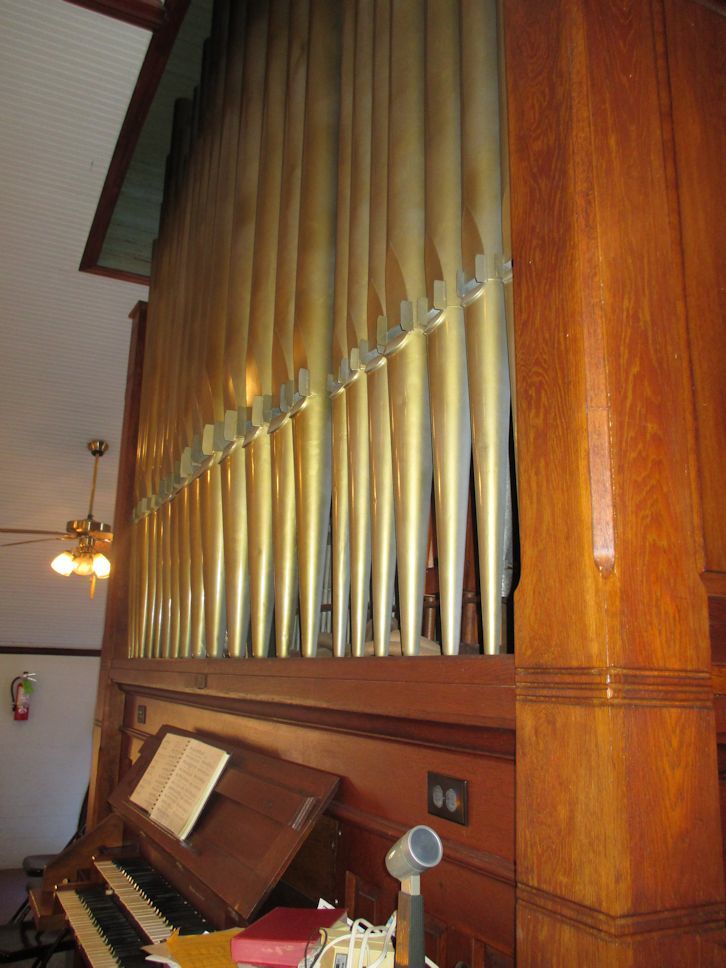